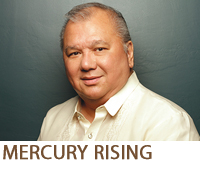 If there is one destination in the country that surprised me the most, it’s Naga City. This is because, aside from being the home city of our Vice President, Maria Leonor Gerona Robredo or Leni Robredo, and of Our Lady of Peñafrancia, I have not really heard of any other tourism attraction the city is known for. But when I got there, I was practically overwhelmed by the many remarkable and interesting tags attached to the city, after all. People refer to Naga City as the Heart of the Bicol Region because of its central location in the Bicol Peninsula. It is also more popularly known as the “Pilgrim City” because it prides itself on being the home of the largest Marian Festival in Asia—the yearly fluvial procession for Our Lady of Peñafrancia. What is even more noteworthy is the city’s multifaceted tag as the financial, religious, cultural, medical, and educational center of the Bicol Region. Having learned all these upon arrival, I was already awed on the first day of my visit. Added to these noble labels are the city’s award as the Most Competitive Component City in the Philippines, and its being recognized as a Center of Good Governance in the Philippines.  I was easily won over, totally convinced that the city and the province have many beautiful things to offer to skeptical tourists like me. However, due to a very hectic schedule, I only had time for a short city tour, so I made sure I got to visit the most important, the iconic destination that is the “soul” of the city. The Minor Basilica of the Our Lady of Peñafrancia, located on the outskirts of Naga City, houses the image of the Blessed Mother, a 309-year-old wooden replica of the original which is enshrined in a church in Salamanca, Spain. Thousands of devotees join the yearly fluvial procession along the Naga River, while several thousands more line up along the river banks, all of them venerating the image which is believed to be miraculous.  The modern Basilica itself is something to marvel at. It boasts very colorful stained glass windows done by renowned mural artist Pancho Piano. The pavilion in front of the church is another showcase of stained glass art. Each glass pane of the dome-like structure tells a story of miracles attributed to the Marian image and how these have changed the lives of people.   But what caught my attention immediately as I was walking toward the Basilica is its towering belfry. Its height, soaring around eight storeys high into the sky, makes the church even more impressive. I guess its builders want the facade to call attention to the structure’s religious significance, as the house of the most venerated statue of the Blessed Mother in Asia. I also had time to see the Porta Mariae, the triumphal arch which commemorates the 300 years of Bicolano devotion to Our Lady of Peñafrancia. On the top center of this 18-meter wide, 11-meter high concrete arch is a 3-meter statue of Our Lady, with two angels on each side.   The 4-meter depth of the arch gave me the feeling I was looking at the Arc de Triomphe in Paris. It certainly is an Instagramable piece of architecture. In fact, there was a continuous flow of people posing in front of it. I could never find the opportunity to capture on camera the imposing image of the arch by itself because there were always many tourists posing in front of it from whichever angle I viewed it. As I was mulling over the religious value of the city’s main attraction, I couldn’t help thinking of its VIP daughter, Vice President Robredo and her ongoing battle with the electoral protest filed against her. I’m sure the miraculous image made it possible for the Vice President to remain confident of her win against her protesting opponent.   I learned that VP Robredo’s winning lead over Marcos remained intact following the conclusion of the recount and re-appreciation of ballots from the three pilot provinces designated by the losing candidate.  In fact, for the recount to proceed in the other areas that he questioned, I am told that Marcos needs to show a substantial recovery in his designated pilot provinces. I believe in the power of prayer and in life’s many small miracles. I know that Our Lady of Peñafrancia’s caring hands continue to cuddle the city’s favorite daughter, protecting her from the ongoing dastardly efforts to shake her off from her domain. Now, I’m totally convinced there’s more to Naga than meets the eye.  Your weekend chuckle SIGN IN A BAR:  Those of you who are drinking to forget, please pay in advance.
For feedback, I’m at [email protected]
Topics: Vice President , Maria Leonor Gerona Robredo , Leni Robredo , Minor Basilica of the Our Lady of Peñafrancia , Naga City