posted July 27, 2019 at 01:15 am by  Joel E. Zurbano
Senator Ralph Recto on Friday urged the government to conduct a nationwide “Anti-Dengue Day” to boost public awareness of the disease. 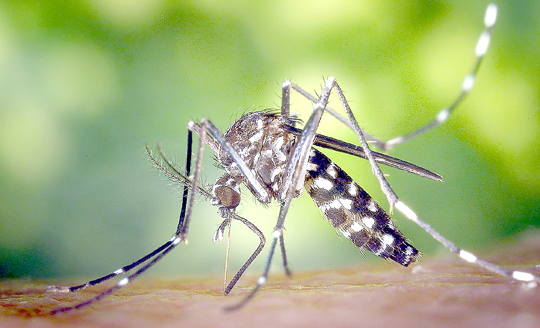 “If there’s an Earth Hour and a National Earthquake Drill Day, both effective in raising the national consciousness on climate change and disaster preparedness, then why can’t we have an Anti-Dengue Day?” Recto said. He made the appeal amid the reports of a dengue surge in the country. “Never underestimate the power of using milestones as a social mobilization tool,” Recto said. He said this tool was done by the late former Health secretary and Senator Juan Flavier who, “without sending a single tweet,” was able to marshal public opinion to the side of public health causes. Flavier, a Health secretary from 1992 to 1995, launched creative marketing drives like “Oplan Alis Disease” to promote the universal vaccination of Filipino children. Recto said the template could be used against dengue “because for any disease, information precedes prevention, control and treatment.” If there is a “Mosquito Awareness or Annihilation Day” or MAD or a “Tepok Lamok Hour,” it could be a big help in raising public awareness on how to avoid the disease, Recto said. “Because in this age of social media, to defeat a virus one’s campaign must become viral.”  Recto urged Malacañang to choose a day that could be crammed with activities on how to combat the mosquito-borne disease, which has been classified by the Department of Health as no longer seasonal but year-round. He credited Health Secretary Francisco Duque for trying to popularize the Health department’s “Four S” campaign against dengue, “but what it lacks, I think, is the hoopla and the relatable fanfare.” The department’s Four S versus dengue are “search and destroy” for mosquito-breeding sites; “self-protection measures” like the wearing of the right clothes and daily use of mosquito repellents; “seek early consultation”; and “support fogging or spraying” in hot spot areas to prevent an impending outbreak. Recto said the Health department was already observing June 15 as ASEAN Dengue Day “but an Executive Order declaring a national fight dengue day or week will be better.” In Sorsogon, Gov. Francis Escudero has also issued an executive order declaring July 29 an “Anti-Dengue Special Working Day.”
Topics: Ralph Recto , Anti-Dengue Day , Juan Flavier , “Oplan Alis Disease”