“Ford every stream, follow every rainbow, ‘till you find your dream.” Thus, goes part of one of my favorite songs from the all-time hit musical, The Sound Of Music. This certainly sounds very inspiring to those of us who are in constant search of the right direction in our lives, in the pursuit of our personal version of success. And, literally speaking, I would think that those engaged in the sport of mountaineering would be happy with the “free ad” they got from this song. But I just found out recently that, although they’re pleased with this free exposure of their sport, they’re also bothered by wanton acts of irresponsible climbers and adventure seekers. My good friend, Charles Lim, chairman and founder of the Philippine Sports Tourism Awards and the country’s top sports tourism advocate, has now become the voice of a large group of mountaineers who have condemned the proliferation of trash found on the trails of Mt. Apo left behind by irresponsible climbers. These advocates feel that the culprits should be banned from this highly esteemed sport. In a recent cleanup drive over a five-day period last month, volunteer-climbers gathered close to 200 kilos of trash, mainly plastic materials, cans, food wrappers, and liquor bottles along the mountain’s Cotabato trail. They were so appalled by what they saw that they immediately reported it to the Department of Environment and Natural Resources (DENR) and requested the government agency to issue a warning of closing the park temporarily and, when reopened, enforce stricter measures to prevent the recurrence of such violation. Lim reminds those who scale any of our mountains for an adventure that, since it is a privilege given to them, they should appreciate such by not littering the trails and campsites and vandalizing the boulders along the way.   The industry’s sector batting for sustainable tourism has also been tapped by Lim to support the efforts of the DENR. Tour operators, organizers of the climb, and park management teams should also be stricter in implementing the rules set for proper mountain climbing.  He suggests imposing on climbers a strict code of ethics with a corresponding fee which will be fully refundable when they follow the rules during their climb. When the climber reaches the park exit, the guide and the porter can affix their signatures on a document to certify that the climber followed the rules and, thus, the refund may be given. 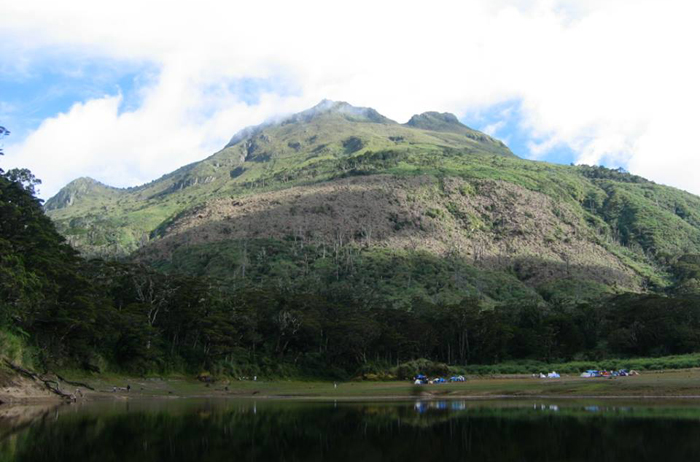 Lim also suggests that an inventory of items brought on the climb by each team be submitted to the park management to ensure that our mountains accommodate only responsible climbers. He calls for banning of liquor, fireworks, drugs, spray paints, and even chewing gum which, if not disposed of properly, can be very messy and hazardous. Overall, I join Lim in calling for the park management with its guides, escorts, and porters to be very strict in implementing these rules and not hesitate in imposing fines on those who desecrate the beauty of our natural attractions. This important advocacy reminds me of John Muir’s famous quote. He was an influential Scottish-American naturalist, mountaineer, and an early advocate for the preservation of wilderness in the US.  He had a mantra for those who want to experience the beauty of nature: “Take nothing but pictures, leave nothing but footprints, kill nothing but time.”   With this in mind, I can freely and melodiously go on and “Climb every mountain, search high and low, follow every by way, every path I know.” For feedback, I’m at [email protected] YOUR weekend CHUCKLE Husband came home drunk. To avoid his wife’s scolding, he took his laptop and started working. WIFE: Did you drink? HUSBAND: Of course not! WIFE: Idiot! Then why are you typing on a suitcase?
Topics: Philippine Sports Tourism Awards , Charles Lim , Department of Environment and Natural Resources