posted February 11, 2020 at 01:00 am by  Jobe R. Garcia
In order for a progressive dream to meet fruition, we must first achieve harmony within the strata of society. One must be in tune with the other. Having said that, the Manila Standard, for its “Perfect Vision 2020” campaign, envisions to highlight businesses steering the Philippines’ growth succeed, just like the three major industries in our country.  Agriculture  According to the World Bank’s data, in 2017, 27.7 % of workers were involved in the agricultural sector, and the Philippines is the 8th largest rice growing country in the world, mounting it to 2.8% of the worldwide production of rice. The “prime movers and shakers” in the long list of agricultural products that steer our country to prosperity are Corn and Sugarcane. Corn, next to rice, is one of the livelihood staples of the Filipino, wherein 600,000 farm households rely on the produce.  Sugarcane. What comes to mind when you hear that word? NEGROS! Yes, Negros. Bacolod, the capital city of Negros Occidental is known as the “Sugar Bowl” of the Philippines because it produces more than half of the nation’s sugar output. Did you know that almost 51% of the total area in Negros are sugarcane plantations? Truly, it is a Sugar paradise for people who are sugar lovers out there!  Coconuts. Davao Oriental would make you crave for this “giant nut”. According to the 2009 report of the Food and Agriculture Organization of the United Nations, the coconut industry plays an instrumental role in our country because we are the largest producer of coconuts, producing 19,500,000 tons! In its entirety, there are 3.6 million kilometers for coconut production in our archipelago, which comprise 25% of agricultural land.  Tourism This is a no-brainer. The tourism sector contributes to the augmentation of the Philippines’ Gross Domestic Product or GDP. In 2013, our GDP rate was up by approximately 7.1% and has increased in 2015 by 10.6%. Not to mention, we also have six UNESCO world heritage sites (namely: Baroque Churches, Vigan City, Rice Terraces, Mount Hamiguitan Range Wildlife Sanctuary, Puerto Princesa Subterranean River National Park and the famous Tubbataha Reefs) and eight (8) ASEAN heritage parks that surely attract both local and foreign tourists.  Manufacturing This particular sector has greatly contributed to the nation’s development as our GDP has risen to almost 25%. In 2012, it grew by 5.4% and in 2013, it once again increased to a whopping 10.5%.  Start-ups and digital services  Let’s now talk about another booming sector in our country, which are the various startup companies.  I remember when Grab and Uber during that time were still viewed as “the impossible dream.” If you ask me why, it is because few people have little knowledge about these startup companies. It was viewed as mere “stylish commuting.” Booking a ride through your mobile app during those days was not taken that seriously, but lo and behold, in just a span of five to six years, it already became everybody’s everyday app.  Corroborating this topic further, the most common start-up here in the Philippines, aside from your usual app-based transport service, is e-Commerce. Think about Lazada, think about Shopee, think about Carousell. The mall comes at your doorstep. You do not need to troop down to Megamall just to shop for the greatest finds in the Metro. Very convenient and very practical.  Need someone to fix your aircon? You can now book a technician. e-commerce! Need someone to deliver goods in a flash or you want to satisfy your cravings for a bucket of chicken? You can now book a GrabExpress rider. e-commerce! It is practically now in your fingertips.  Another startup that is making rounds around town are SEO services. SEO stands for Search Engine Optimization. To put in layman’s term, SEO could be considered the “Yellow Page Directory Book” of the modern digital age. If your site has awesome content, your website shall have (and it should have) a good ranking and it would resonate to more site traffic and more viewers.  Another would be vlogging on YouTube. Since I am a bit technologically-challenged, my friends who are now vlogging on the aforementioned site, told me that if you have relevant, unique content, which equate to a niche, and in the process accumulates x number of likes, comments, shares and subscribers, that’s the time you would earn money.  The possibilities are endless.  You are not confined in a certain box. Sky is the limit in terms of creativity on YouTube, that is why it is not surprising that some household celebrities you see on TV resort to this magical video sharing platform wherein they could be as blunt as they could be. They could discuss topics that cannot be discussed on mainstream media in an unadulterated manner.  By and large, they are the boss of the show.  As they say, “Online is the way to go,” times are changing and so should we. At some point, we must learn how to adopt to the changes of this generation and that is what the Manila Standard envisions for a progressive nation this 2020.  Through these success stories, enterprises, especially SMEs, should bear in mind to strive to be the best versions of their business but still have the capacity to give back to the larger community.  This should be everyone’s vision, every individual, every institution; to commit to a cause, have the moral compass to do the greater good, and contribute in nation-building.  To this, we say cheers to an awesome year ahead! 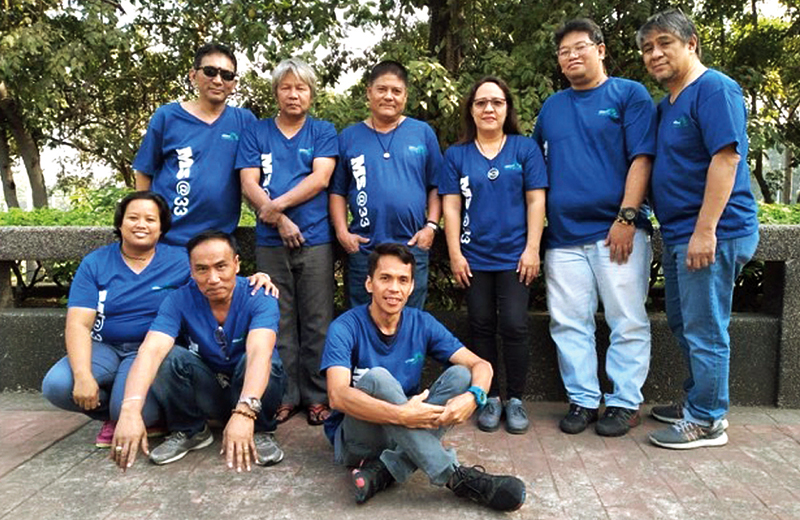