Young actress Bianca Umali has just released a single entitled “Kahit Kailan,” it is a song which doesn’t just mark the Kapuso star’s venture into music; it also gives her another means to explore another facet of her creative side. “Kahit Kailan,”which debuted on March 2, is composed by former Introvoys drummer Paco Arespacochaga. It immediately made it on Spotify’s New Music Friday Philippines and OPM Workday Marathon playlists after its release. It is now available for streaming on Apple Music, Spotify, YouTube Music, and other digital platforms worldwide. “The song has a story to tell. It is about loving someone you want to have, can’t have, or someone you’ve already lost,” Bianca, who turned 20 on March 2, told Manila Standard in an email interview before the Luzon-wide community quarantine. An award-winning actress, an amazing dancer, a fashion inspiration, and an ardent advocate of education and women empowerment, the Kapuso prime star has another talent everyone has to witness. 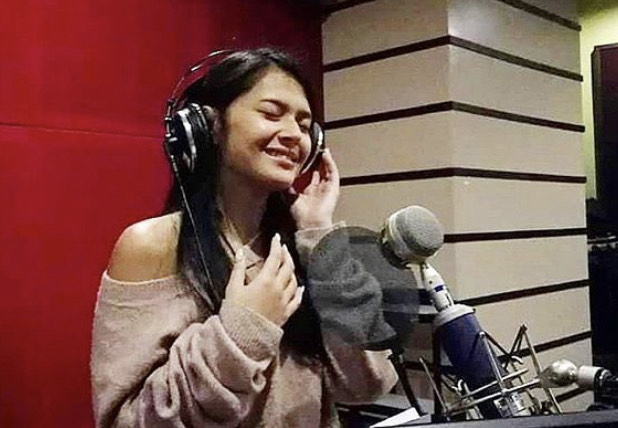 As she ventures into recording, she is grateful for the opportunity to explore her love for music, which she reveals she shares with her father. She is also looking forward to perform songs that would speak the feelings and experiences of many. “I am very thankful that GMA Music believes in me and in my talent. This is my first single and the experience has been really fun,” she said. Currently, Bianca is gearing up for her lead role in HBO Asia’s longest-running series Halfworlds. The thriller is directed by acclaimed filmmaker Mikhail Red. For GMA Network’s 70th anniversary, she is one of the leading ladies in the upcoming primetime series Legal Wives, alongside Dennis Trillo, Alice Dixson, and Megan Young.   Here’s our exclusive email interview with the young star: You are associated by the public as an actor more than a singer, but what got you into music? And why are you exploring this facet of your career? A lot of people have always encouraged me to sing but I wasn’t really confident about it. Then, GMA Music gave me the opportunity so I didn’t even think twice about it. Talking about your career, you have a new project with Dennis and Megan, what’s your character in the story? Our working title is Legal Wives. It’s part of GMA’s 70th anniversary offerings. I will be playing the third and youngest wife of Dennis Trillo in the series. And without giving away too much, what’s the premise of the new show? The show will showcase the beautiful culture of Maranaos and the Muslim. You also have a project for HBO, we heard that cameras start rolling in January, how was it working with a young director like Mikhail Red? Working with Mikhail Red is an honor for me. He is one of the most talented next–generation filmmakers in Philippine cinema. I see him as a young, smart and brilliant person who knows what he wants. Did you audition for the role? If so, how does it feel that you’re given this rare opportunity? Yes. I auditioned for the role. It was a very unexpected one. After auditioning for it, I didn’t even expect that I would get the part. It was after a month from the audition when I finally got a call from my manager congratulating me because I had been chosen. I was super overwhelmed by the news. I’m very excited and thankful. We learned that you are doing some physical training for the role. What exactly do you do?  We’ve been going through fight and stunt training for the show. We do Arnis and sword fighting. How is Sam Concepcion as a co-star? Sam Concepcion is a nice person to work with and to be with. He is such a talented actor as well. What are you thankful for all the things happening in your career? I am very thankful to Papa God for all the blessings. I am very grateful to GMA, to my family and friends for the love and support, to my fans who are there no matter what and to the rest of the people I have behind me that are always ready to help, guide and push me through everything I do. What else can we expect from you this year? Do you have any other projects in the pipeline? Well, there are a lot. I can’t spoil them yet but there are plenty of beautiful projects happening this year.
Topics: Bianca Umali , Legal Wives , Paco Arespacochaga , Spotify , GMA Music