The Gram universe went agog when drama king in sabbatical John Lloyd Cruz, and this generation’s drama queen Bea Alonzo, not only exchanged pleasantries in a video conversation for public consumption but have revealed so much more about the state of their friendship and partnership. Popoy and Basha of One More Chance and A Second Chance fame, with their truthfulness and the emotional commitment and ferocity, gave all of us the opportunity to believe that they are more than fictional characters. We truly cared for them as if they are family members or part of our friends-for-life circle. 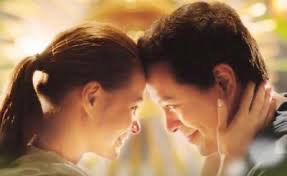 As Popoy and Basha, to us, it was like they did no acting. No longer was it an incredible case of role-playing. It was so freaking authentic. Blame ourselves for loving mush, embracing the feeling of being giddy paired with lots of kilig, every bit, and morsel of what happened to the pairing.   That is why, to be a willing participant to a revealing conversation happening in front of our collective eyes, hopes are all up, adrenaline and pheromones get a serious pump. One nagging thought balloon in most minds, is this love in the COVID-19 virus a dream or is it a calculated and manipulative hoax?   During the confessional of sorts, what has become more pronounced, the actors share a more than comfortable closeness and each is attuned to their individual and common likes and dislikes, with some secrets divulged. What a pleasant surprise to witness how they agreed to disagree, it humanized them all the more and stripped a little layer of the image they have so mastered their professional entanglements. How refreshing to take note that they have opposing views about optimism, charity, how far can one go to be of assistance to the downtrodden, and their shared gratefulness of the fact that they are both “lucky” and “privileged” and they know that being in such a position, comes with responsibility. Cruz’s apparent fear and sadness of the danger, evil and the not so pleasant societal clime we are  all in, shows a never before seen protective side of him -- an evident parental concern involving Elias, his boy.     The disclosure that pulled all the heartstrings, after throwing memorable lines from their past projects, Cruz unleashed all of these: “Nandoon ka noong nagmahal ako. Nandoon ka noong nasaktan ako. Nandoon ka noong wala akong matakbuhan. ….Yun lang, sapat na ‘yun.” Alonzo’s most composed rejoinder: “Ano’ng movie ‘yan?” Cruz’s response: “Wala, gusto ko lang sabihin.” What the drama king said to the movie queen of the new era, did not originate from any movie script, not even a crystal recollection of some lines from a novel, a spontaneous, sans caution and edit, not mindful of the aftermath,  John Lloyd said it all out loud, in a heartbeat!  To conclude the sweet exchange, Cruz serenades the lady, “You are my sunshine, my only sunshine.” Words from the iconic Johnny Cash anthem that captured perfectly the significance of Bea Alonzo to him, not only as an actor, but as a man.  It has been a week since the Cruz-Alonzo recorded conversation transpired. Sadly, especially for the many believers and followers of Basha and Popoy, dreams and illusions are all crushed, thanks but no thanks to the big reveal that the IG video, is an experimental film project by director Antoinette Jadaone, aptly billed as Loveteam.  Yes, Popoy and Basha are so back to their reel stature. But, what cannot be erased is that we cannot get enough of the dynamic dramatic duo who misses each other. Romeo and Juliet never felt like Popoy and Basha, I bet.
Topics: John Lloyd Cruz , Bea Alonzo , Unconfined Cinema , Antoinette Jadaone