posted September 26, 2020 at 08:40 pm by  Paolo Manuel C. Fule
When John Kenneth Zamora sidesteps from way beyond the arc and hits that lethal dagger three, the crowd goes wild. And the pandemonium doesn’t end there, the throng of young girls who wanted to take a photo op with him piles up in the athlete’s entrance.  From his Arellano University Braves days and being the number one 3-point shooter in the 2014 NCAA Juniors tournament, Kenneth, born on Dec. 6, 1997, has fully grown and taken his talents to the UST Growling Tigers for the UAAP. The 5-foot-11 cager played for the team in the Filoil Flying V pre-season tournament and UAAP season 81.   In his last four games for his NCAA season 90, he averaged 10.5 points per game including four triples in their game against San Beda Red Cubs. After the NCAA 90th season, he is the no. 1 junior athlete with the most number of three points made in the league with 68. After his first six games in last year’s NCAA, he averaged 13.16 points, 2.6 rebounds, and 2 assists per game.  In the UAAP, the young cager looks up to RR Garcia (when he was still with the FEU Tamaraws), while in the PBA, he idolizes Peter Jun ‘The Scoring Apostle’ Simon because of his high basketball IQ. 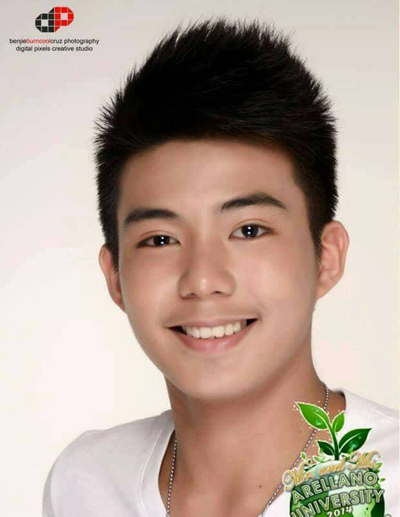 In the NBA, he likes the Cleveland Cavaliers and Golden State Warriors. He looks up to four-time league MVP Lebron James for his remarkable talent as an all-around player.  Asked about his goal for this year and the preparations he is doing at the moment, Kenneth said, “I will do my best for me to win in every competition I’m in. Thank you for those who supported me in my endeavors.
Topics: John Kenneth Zamora , Arellano University Braves , 2014 NCAA Juniors , UST Growling Tigers , UAAP season 81